Why the "Public/Private/Home Education Debate" needs to Stop...Now! 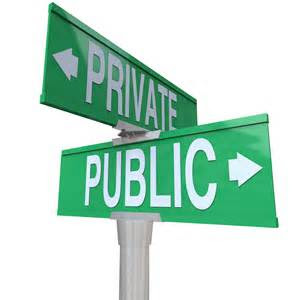 Heresy has always threatened to corrupt the church.  From its earliest days when Marcion sought to add books to her Bible to the various prosperity gospel preachers and Jehovah's Witnesses that exist today, there are teachings that have damnable results.

There are also erroneous beliefs that can cause misalignment of the church and her mission, and wise pastors will be on the lookout for anything that might steer the church in the wrong direction.  But beyond the overt heresy threats and legitimate concern over doctrinal error, there exist debates in the church that rage as though the Trinity itself were under fire.  The Calvinist-Arminian argument is about to enter its 6th century soon.  Discussions about the proper way to engage in politics can easily degenerate into believers aligning Jesus with their own party preferences.  And debate about end times?  I'd honestly rather stick a lit cigarette in my eye!

But lately, it seems we are involved in another round of yet another raging debate.  And this time, its once again over the question of how we should educate our children.

My own denomination has passed two resolutions in the last decade encouraging parents to remove their children from the public school systems of America,  And recently, in what appears to be an over-reaction to these evangelical isolationist tendencies, parents in some "missional" circles are being guilted into unquestioned, blind dedication to the public school system--as if millions will go to hell and the next generation will grow up Amish if Jr. doesn't attend PS 148

So here is my word to both of these groups:  Knock it off!

Seriously, this is the absolute DUMBEST debate we have ever had in the church.  And believe me, that's saying something!  But apparently, we have a number of "educational exclusivists" among us who think there is only one "Biblical" way to educate your child.  So let me address both groups briefly here.

To the "private/home school only" advocates.  The public school systems in the US aren't demon possessed.  In fact, as someone who has lived and worked in four states, I can tell you from experience that they aren't even all the same!  But I can tell you this:  there are many, MANY followers of Jesus who serve our communities as teachers, principles, and members of local Boards of Education.  And alongside of them are multiple Christian families with their children who are the very salt and light those school systems need!  Schools are the point at which cultures are created.  Why on earth would we advocate abandonment of something that influential--to the extent that we would be willing to judge families for sending their child to a publicly funded school?  So stop judging your Christian neighbors for trying to have some influence on a very strategic part of our culture, and spend that time finding ways to engage yourself!


To the "public school only" advocates.  First, put down you latest copy of NEA Today and back away slowly!  Home schooled children aren't sheltered or isolated by default, and non-traditional education won't ruin the next generation.. In fact, this country lasted for over 100 years without a nationally funded public school system.  Yet some have suggested that parents who educate their kids in alternative ways aren't qualified to be missionaries or plant churches.  If that's you, then you need to ditch your preconceived notions and widen your horizons a bit.

And while your'e at it, put away your stereotypical pictures of Mom in a long dress carrying eggs from the chicken house with 14 kids in tow.  If that is your idea of an alternatively-educated child, then you need to get out more yourself. Sure, there are isolationist families who wrongly believe they can keep their kids away from sin, and who have forgotten that their kids live with them!  Those borderline Amish-families do exist, but they are far from the "norm" when it comes to non-traditional education.  Homeschool co-ops, private educational institutions, and umbrella organizations consist of Christians, Atheists, Muslims, Jews, Republicans, Democrats, and nearly anyone else!  It is truly ironic that those who accuse parents who privately educate their kids of being "anti-missional" have a most myopic view of this whole issue--as though blind devotion to one type of school system is the only way to truly engage culture.  Its simply not true.

Let me suggest, rather than advocating a particular position that you think is right for everybody (News Flash: You aren't responsible for everyone else's kids!), perhaps Christian parents should band together, and do the following:

Advocate for parental rights, always.  There have been times when our kids were enrolled in the public school system, and other times when we opted for non-traditional education.  But one thing has never changed--I as their father am their primary educator.  That's my job!  And if you are a Dad or Mom, its your job too!  That vision can't be realized if a local school board always has "veto power" over a parent, nor can public schools truly be held accountable if they also hold all the authority.

When parents approach me as a pastor to get my advice on how to educate their kids, I ask a lot of questions, and I try to give them the best and most thorough advice I can based on that individual family's situation.  Then I say "Mom and Dad, this is your choice, and your church family is here for you regardless."

Let's stop telling parents what they ought to do and instead, let them be the parents.

Support the local public school system, even if your kids don't go there.  Our church sponsors a home-school co-op that meets on our campus every Tuesday, and houses about 300 kids of various ages and grades.  But we also invest in the many wonderful public educators who are part of our faith family.  Last year, we asked all the public school teachers in our church to compile a "wish list" of items they need that they usually have to cover out of their own pocket--and we provided for those needs.  And we did it because these men and women are going into one of the most strategic areas of influence in the 21st century!  You don't have to have a child enrolled in a public school to desire that the public schools flourish.  You just need to be a follower of Jesus who wants good for your community.  Local churches ought to be the best friend that the public schools in their communities have.

Make the right decision for your child.  Here me well on this.  Your first concern should not be the NEA, the Christian right, what your friends at church think, or whether someone thinks you are "missional enough."  Your first concern is your child.  My wife and I have a "per child, per year" discussion of how our kids are doing, and every year, we make the decisions we feel will best prepare our kids for the life God has for them.

Because I believe educational choice is a right of parents, I also believe parents bear the primary responsibility for the education of their children.  Don't choose public school because you are afraid someone might call you xenophobic.  And don't choose private or home school because you fear being thought of as that parent who turned your child over to Satan.  Do what is best for your kids.

And we can't act in the best interests of our children if our decisions are driven by recalcitrant ideology rather than our child's future.

Let's realize that we all aren't going to raise our children in exactly the same way.  Let's stop pressuring every parent to educate the way we educate, and let's spend that time getting to know our children.  Then based on that knowledge, let's make an educational choice that ensures they become the arrows God calls us to send into the world (Psalm 127:4-5) For some families, the public school system in their neighborhood is exactly the place for that to happen.  For others, a different choice will need to be made.

Let's respect each other's choices and convictions, pray for each other's kids, and when it comes to this debate, let's just knock it off!
Posted by . at Tuesday, April 04, 2017

Right on, Joel! You hit the nail on the head. Love these lines: "The public school systems in the US aren't demon possessed," and "put down your latest copy of NEA Today and back away slowly!" :-) You've addressed all of us as we need to hear it. Thank you!