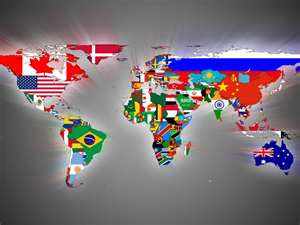 I write this post while on my way to Chennai, a city in southeast India where I and a pastor colleague from our Association will spend several days training indigenous pastors. We began yesterday in London, where I met with folks with whom we will be working next summer, serving the city during the summer olympics.

So this morning, I sit at Heathrow airport (not an uncommon place to sit if you are on your way to India), and since our flight has been delayed by four hours (also not an uncommon thing if you are on your way to India), I've had some time to think through how God has blessed the Association of churches that I'm privileged to lead. As an appointee of the North American Mission Board my primary responsibilities involve mission work in the United States. Yet my work sometimes takes me out of the country because the churches I serve in central Maryland understand that global missions is accomplished, first and foremost, by local churches.

Four years ago, I stood in front of our Association at its annual session, and issued a challenge that within the next five years, our churches should work together to make a significant missions impact on every inhabited continent on the globe. Our churches answered this call, and just two months ago, when a group of MMBA volunteers began work in Australia, we reached that goal--a full year early!

Its truly a privilege to lead a network of churches that understand their global mandate. At the same time, I strongly believe this should be the norm for every Baptist Association. While this post is far from a comprehensive and detailed guide on how to lead Associations in that direction, I have listed below three primary elements that are an absolute neccesity for any Association that wants to go global.

Awareness: About two years ago I met a gentleman from the staff of our International Mission Board, who shared with me that the IMB had brought him home from his overseas assignment so that he could work to promote the work of international missions among local churches on a full-time basis. Puzzled, I asked him to clarify his role for me, and again he said "I'm here to promote the work of IMB among local SBC churches," to which I replied "funny, I thought that's what I did."

It is disconcerting that the IMB feels is has to spend missions dollars to keep missionaries here in the states in order to raise the awareness of our churches where global missions in concerned. Fundamentally, I consider this to be because of a failure at the Associational level. Directors of Missions have historically been the primary conduit of promotion when it comes to both giving and participation in missions, and I'm convinced that if Associations would again return to this promotional role, our churches would be more accutely aware of the extent of lostness around the globe, and also be equipped by the Association to identify and engage the part of that lost world that Jesus wants them to reach. I pray for a fresh movement of global missions awareness and promotion at the Associational level. Directors of Missions can be a vital link between local churches and unreached peoples around the globe. Historically, we have been exactly that, and we need to return to that focus.

Intentionality: The "bloody ram's head" on the table of conversation in SBC life is that the Director of Missions is a slowy dying, yet endangered species in our denomination. I believe the biggest reason for this has nothing to do with "regionalization," "restructuring" or anything else happening at other levels of our denomination. Instead, I believe the biggest reason DOMs get a bad rap is because so many are not as intentional as their job title suggests

Let me quickly follow that statement by saying that I believe most DOMs are great guys who really do have a heart for lost people, and love our mission enterprise. Additionally, there is much "generalist" work to be done at the Associational level. Search committees have to be guided and advised, churches in conflict need mediation and/or arbitration, and occassionally, doctrinal questions need a local forum in which they can be settled. But ultimately, if the job title means anything at all, it speaks to what should be the primary focus. I am not the "Director of Theology," the "Director of Search Committees," or the "Director of Baptist Identity." I am the "Director of Missions," and I believe that title itself is pregnant with intentionality

Associations that survive and thrive in the future will be those networks that recognize this. DOMs who successfully navigate the sea of change in our denomination will truly fulfill the role of a local missiologist for their churches, and will see to it that the primary focus of their work is mobilizing churches for evangelism, leadership development, and church planting; the three inevitable results of Biblically-based missionary work. The natural outcome of such an emphasis will be an Association of churches with a truly global focus.

Strategy: For Associations to make the shift I'm talking about, many things might have to change. Everything from the structure of the entity to the job descriptions of its staff will need to be revisited and open to revision. And these discussions must be ongoing. Just recently, I met with my own board to discuss with them how my role next year will change due to the growth of our Association to almost 60 churches, the expansion of our work in central Maryland and around the world, and NAMB's expectations of me as a church planting catalyst. 2011 has been a good year for us, but if we want to continue our work in an effective way, I simply cannot have a schedule and focus in 2012 that is identical to 2011. As Alan Hirsch has wisely but simply stated, "What got you HERE isn't neccesarily what will get you THERE."

Therefore, the intentionality I mention above must be applied strategically, and this must happen on at least an annual basis! If the ultimate aim of an Association is to mobilize churches for their Biblically mandated missionary work, then everything about the Association must be constantly evaluated and structured in a way that will allow this aim to be reached.

International missions is the responsibility of every local church, and the Association sits, potentially, at the most strategic place to help churches get there. Leverage that local influence so that more of the world's unreached peoples come to know Jesus!
Posted by . at Saturday, November 12, 2011 No comments: