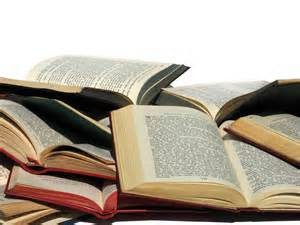 Well, its time for me to take a break from the blogosphere for several weeks, take a family vacation, spend some time overseas, and get ready for a busy fall!  As has been the case for many years, I want to leave you with the following reading recommendations for your summer.

1. Overturning Tables: Freeing Missions from the Christian-Industrial Complex  Scott Bessenecker.  I have a review of this book that will be coming out in a few months in the fall edition of Evangelical Missions Quarterly.  One of the things I've said frequently in recent years is this: that the biggest barrier to the global spread of our 2000-year-old message is a 200-year-old delivery system!  In this book, Bessenecker, who works for Intervarsity Fellowship, seeks to paint a picture of what 21st century global engagement might look like.  Though there are a few areas where Bessenecker and I would part ways, overall, his analysis of many "modern missions"vehicles is accurate, and worthy of the church's attention.  Pastors who have a heart for reaching the world with the Gospel should read, and digest slowly and carefully, Bessenecker's observations.  Those of us who work at the denominational level should pay even closer attention.  I don't believe the death of denominations is a foregone conclusion.  In fact, I think our brightest days may be ahead, but only if we sincerely seek to understand the world as it is rather than as we wish it were, or as it was when our respective institutions were founded.  Bessenecker's work gives us a great start toward re-envisioning what this should look like as we anticipate bridging the mid-21st century.

2. 52 Weeks With Jesus: Fall in Love with the One Who Changed Everything.  James Merritt  A parishioner gave me a copy of Merritt's new book just a few weeks ago, and I've since begun to incorporate it into my own devotional times.  Short but substantive daily readings are gathered into 52 "chapters" designed to take you through an entire year of devotions.  In his classic style, James Merritt combines accurate exegesis with practical application for your daily walk.

3. Autopsy of a Deceased Church.  Thom Rainer  The value of this little book is inversely proportional to its size.  Many pastors in our Convention have already availed themselves of it, and many churches in decline have looked to it for an accurate diagnosis of what ails them.  One church I've recently consulted with that is searching for a new pastor was actually frightened by this book.  They saw themselves in its pages, and took measures to correct their downward slide.  They have since begun to grow even without a pastor!  One of the worst kept secrets in the west is that the majority of our churches are plateaued or in decline.  Rainer succinctly and accurately identifies the most common elements causing this slide.  Its a short read that is well-worth your time.

4. The Insanity of God: A True Story of Faith Resurrected.  Nik Ripken  Considered to be one of the foremost experts on the persecuted church around the world, Nik Ripken intertwines his personal story of growing up in rural Kentucky and his eventual exposure to the rest of the world with the realities of that world as he has experienced them as a Christian missionary and aid worker.  Like Ripken, I grew up in the American south where Christianity was almost a cultural expectation, meaning that texts like Luke 9:23 made very little sense to me.  Candidly, its never really cost me--or many other American Christians for that matter--very much at all to be a disciple of Jesus.  Ripken gives us a vivid picture of our brothers and sisters abroad for whom that is not true, and through their stories gives us a vision of those who live in our own time, who are described by the author of Hebrews as "those of whom the world was not worthy."  Ripken's book is a phenomenal description of how God's persecuted children are advancing the global movement of Jesus in places you wouldn't expect.

5. Speaking of Jesus: The Art of Non-Evangelism.  Carl Medearis  Medearis is an American pastor who currently serves with his family in Beirut, Lebanon.  Though his main area of expertise and writing focuses on ministry in Muslim-majority contexts, Medearis' focus in this book is to equip followers of Jesus to speak naturally about their faith.  Over the past couple of years, I've grown fond of Carl Medearis from a distance and learned much from his writings personally.  If you struggle with actively and regularly sharing your faith, this book can help you learn to speak more naturally about the One who has changed your life. 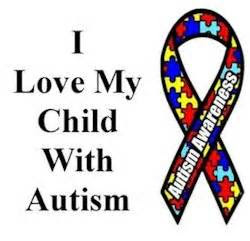 According to the Centers for Disease Control, roughly 1 in 68 children in America have been identified as having Autism Spectrum Disorder (ASD).  Though each child plots differently on the spectrum (some high and others low), one thing that all parents of children with special needs share in common is this:  life can be very, very challenging!

Whether it is ASD or some other issue, parenting a special needs child poses unique challenges.  I know, because my wife and I are the parents of a special needs son.  One of the unique aspects of autism is that it magnifies all things about your child--ALL things.  All are created in God's image, and all are affected by sin.  Through the lens of autism, special needs parents have a front-row seat to the best of the imago dei and the worst of the fall--and they often see both within minutes of each other.

While my wife and I are blessed with a wonderful church family full of folks who understand, I've talked with way too many special needs families where this is not the case.  Overall, the church is failing the families of special needs kids.  If you want to know how, and if you want your church to be a true place of refuge, read the following article by Sheri Dacon.