Well, its that time again!  The next three weeks include approximately 20,000 miles of travel, including a short family vacation, and an extended trip to Vietnam with Glocal Ventures.  For that and other reasons, this site will be a bit quiet for pretty much the remainder of the summer, but if you are looking for some great, substantive reading over these hot months, below are five that I think should be on every pastor's reading list for 2014: 1. Matt Chandler, Recovering Redemption: A Gospel-Saturated Perspective on How to Change.  Chandler is Lead Pastor of the 11,000 member Village Church in Flower Mound, Texas, and for many years has been faithfully laser-focused on the application of the Gospel to all aspects of the Christian life.  This latest volume is a great refresher that reminds us of how the doctrine of justification by faith alone should inform our view and practice of sanctification.  Plainly put, "accepting Jesus" followed by "try hard to live right" is not a view of salvation or morality that is in any way consistent with what the Scriptures teach, and such a mindset can actually do great harm to those seeking to faithfully follow Christ.  The real life experiences of people given toward the end of the book whose lives have been changed through encounters with Jesus put flesh on already solid teaching. 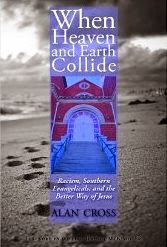 2. Alan Cross, When Heaven and Earth Collide: Racism, Southern Evangelicals, and the Better Way of Jesus.  I am honored to consider Alan a friend, and was happy to write an endorsement for this book, which I mentioned on this site just after its release.  Alan writes of a period in American history that illustrates, perhaps more than any other example on this side of the planet, what happens when the church capitulates to the prevailing views of culture in spite of the clear teaching of Scripture.  Certainly there are many examples of this scenario around the globe (The rise of Nazi Germany in Europe and the passive response to it by the Lutheran Church is but one international illustration), but in North America, there is no better, or worse example of cultural capitulation than what we see when we examine southern evangelicalism during the civil rights movement.  Alan's book urges us to learn from history so that we don't repeat it, and offers helpful challenges regarding race relations as we move forward into our national future. 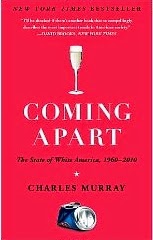 3. Charles Murray, Coming Apart: The State of White America 1960-2010 Since the release of Bell Curve nearly 20 years ago, I've been intrigued by Charles Murray's keen analysis of issues sometimes considered taboo in our culture.  Murray has a unique way of introducing uncomfortable subjects at the academic level in a way that allows for open conversation and clear explanation, and this latest work is no different.  I did find some of his profiles to be overly-generalized, but as a whole, pastors in suburban areas in transition (and let's be honest--there are more of those kinds of environments every day!) will glean great knowledge and insight, not only from a broad view of the past 50 years in predominantly Anglo environments, but also how that broad view explains the reactions of some in their congregations. 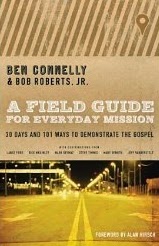 4. Bob Roberts and Ben Connelly, A Field Guide for Everyday Mission:  30 Days and 101 Ways to Demonstrate the Gospel.  I've written before on this site that global missions as we have practiced it for the past 200 years is coming to an end, and suggested a new path forward.  Though I believe there will always be a prominent place for those we call "career missionaries," the growth of the global population, and increasing diversity in all places due primarily to rapid migration patters demand that the whole church be "commissioned" to take the message of Jesus and glimpses of the Kingdom of God with them everywhere they go.  My friend Bob Roberts, together with fellow pastor Ben Connelly, have just released the most practical book to date to help followers of Jesus understand what this approach looks like on a daily basis.  I plan to have this book available for anyone who goes through our mission volunteer training in the future. 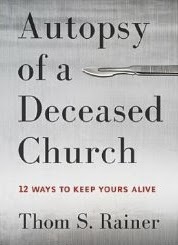 5. Thom Rainer, Autopsy of a Deceased Church.  Roughly 3500 churches "die" in North America every year, and this latest research by Rainer gives us sobering insight into the primary reasons for their demise.  Additionally, Rainer just wrote on the one common denominator in all these churches--and inward focus.  Ed Stetzer has famously stated that "facts are our friends."  Rainer's latest volume is full of very helpful facts, but some of these facts will hurt to hear.  My prayer is that churches will endure the pain of change so that their Gospel witness is not removed from the earth.
Posted by . at Thursday, July 03, 2014 No comments: