So Einstein was Wrong?! General Revelation, the Speed of Light and the Authority of Scripture. 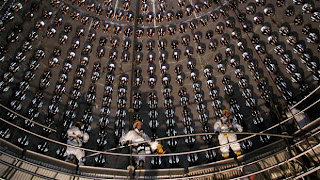 One of the darker results of modernity is the intellectual arrogance it has created. We know what we know, and nothing can change that. After all, we have SEEN the truth with our own eyes. We have seen the evidence, and that evidence is superior to anything else.

Richard Dawkins, the most well-known champion of what has been called the "new atheism," accurately expresses the unfettered confidence modernity has given us in our own experiences. "I believe," he states, "not because of reading a holy book but because I have studied the evidence . . .Books about evolution are believed not because they are holy. They are believed because they present overwhelming quantities of mutually buttressed evidence."

So there you have it! The evidence is overwhelming, and because of it we know what we know. We know that life is a product of biological evolution. We know that the stories in Scripture are mere fables written for the purpose of religious propaganda, because of course, they sometimes do not match what we observe and feel. Its kind of like the speed of light. Everyone knows that nothing travels faster than light . . .

Just last week, leading scientists in Geneva Switzerland discovered subatomic particles that appear to travel faster than light. A Baltimore Sun article reporting the event admitted that this observation, "if confirmed, could force a major rethinking of theories on the makeup of the cosmos."

At first glance, it wouldn't appear that placing a speed limit on light would have such a great impact on the broader physical sciences. But the theory about the speed of light, known as "special relativity" and first published in 1905, has since been one principle by which scientists have sought to understand the origins of our universe and how it continues to expand. If this theory is proven wrong, it could effectively undo decades of research that are dependent on this theory as a first premise. To put it bluntly, if these scientists' observations are reflective of reality, it means that Albert Einstein, the father of the theory of relativity, was wrong.

Further experimentation is of course neccesary to confirm this, and no one is yet stating anything definitively. Astrophysicist Martin Rees wisely said that "extraordinary claims require extraordinary evidence, and this is an extraordinary claim." Still, everyone involved in this very recent event is well-aware of the implications if these observations in fact turn out to be true.

For the Christian, shocking discoveries like this should remind us of our limitations when it comes to accessing truth solely through scientific experimentation. Empirical knowlege has always had its limits, and many highly intelligent people have eventually found themselves mistaken even when operating within those limits.

This is not to say that Christians should reject scientific experimentation and discovery, or that such discovery isn't believed by Christ-followers to be of benefit to humanity. From a personal standpoint, I'm very thankful that scientific experimentation resulted in medical advances that 6 years ago, saved the life of my son Seth. 50 years ago, I had an uncle die on the same day he was born of the same lung condition my son had. Science is to be credited for such life-saving technology.

Yet we run into trouble when we begin to accept scientific discovery uncritically, principally because in so doing, we assume that there is no better way to access truth. If the scientific seems to contradict what is contained in our "holy books," we reject, or radically "reinterpret" the latter almost without thought on the assumption that the former couldn't possibly be wrong.

Such has recently been the case in a new debate about the historicity of Adam and Eve. Dr. Francis Collins, a professed Christian and current head of the National Institutes of Health, has recently claimed that evidence in the study of the human genome makes it "highly improbable" that the human race is descended from a literal "first couple." Collins, the former head of BioLogos, a foundation committed to "reconcilling" science with Christianity, has apparently influenced many pastors and Christian leaders, including many evangelicals. We now, based on discoveries like these, "know" what the ancients did not know: that the Genesis account is not an accurate history of our origins, but instead is itself the product of literary evolution: an account of human origins colated from various Mesopotamian sources and accomodated to an emerging Judaic culture in the ancient near east.

In short, we must radically re-interpret the Bible in order to "reconcille" it with what we REALLY know.

These are not new arguments. Early in the 20th century, liberal Baptist theologian Paul Tillich sought to reconcille Scripture with "scientific fact" through what he called a "method of correlation." For centuries, Christians have believed that God reveals truth through both general and special revelation. In general revelation, God speaks externally through the created order (Psalm 19:1, Romans 1:20), and also internally through the human conscience (Romans 2:14-15). Human beings can have access to general revelation through the earth, life, and physical sciences, as well as through anthropology, sociology, psychology, and education sciences.

In special revelation, God speaks to us ultimately and finally in the person of Jesus Christ (Hebrews 1:1-2), and Christ Himself is revealed, fully and finally, in the text of Holy Scripture (John 5:39)

But what do we do when general revelation appears to contradict special revelation? Tillich's approach was to give equal weight to both by segregating the "book of Scripture" (the Bible) from the "book of nature" (science and scientific study). The problem of course, is that though the Bible is not a science book, it does occassionally speak to issues related to the sciences. (I might add that the "Separate but Equal" argument has never yielded good results) So how do we react when, for example, scientific evidence seems to suggest that Adam and Eve could not really have existed? Tillich's approach was to take the scientific evidence at face value and recast the Biblical narrative in a way that causes it to teach something very different than what it actually says. Such an approach inevitably makes God's special revelation subservient to general revelation. Or to speak more bluntly and prophetically, it makes a golden calf out of the scientific method.

Yet many Christian leaders persist in reinventing Adam, despite the circular reasoning of evolutionaly science, its apparent conflict with the 2nd law of thermodynamics, or the admitted limitations of empirical scientific experimentation.

The recent discovery in Geneva serves to remind us that science is not perfect because the human beings that conduct scientific experiments are not perfect. The human mind is fallen and thus, never fully trustworthy. And if this observation is indeed determined to be an accurate one, and decades of scientific research based on a faulty 20th century premise are trashed in its wake, we would do well to consider that brilliant men like Francis Collins can be wrong and it is not wise to impulsively reinvent the Christian narrative simply because a few fallen minds have suggested it might not be accurate.

If Albert Einstein can be wrong, so can they. 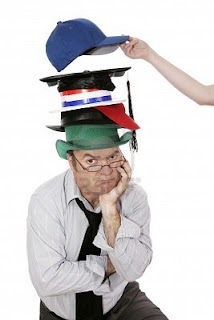 There is an old peanuts' comic strip that shows Charlie Brown firing an arrow blindly into the side of a barn. The next cell shows him after walking up to the spot where the arrow landed, and with bucket and brush in hand, painting a target around the arrow. Looking back at Lucy he says "this way, I never miss!"

When it comes to measuring effective leadership in local churches, I fear that many pastors and congregations use this same approach. Many congregations paint targets in the form of expectations, that are irrelevant, or unBiblical, or unrealistic. Some pastors likewise, simply paint targets around themselves in an effort to either avoid accountability altogether, or to protect themselves from a church they fear has set them up to fail. The results of this vicious cycle can be seen in many churches throughout North America.

On Sunday night, October 2, our Association will be hosting our annual meeting, and will feature a panel discussion on leadership competency aimed specifically at this issue, and led by seven seasoned leaders from our own churches. The next day, we will host two identical pastor's leadership forums to allow pastors and church leaders to further unpack the issues that will be raised at the plenary session. If you are in the Baltimore-Washington, D.C. area, there is no charge for attending these events, and you can sign up here.
In previous posts, I introduced you to the concept behind this approach to our annual meeting, and also introduced you to the men who will lead us in discussion on Sunday night. In this post, I want to begin asking questions that we will address on October 2.

Feel free to respond to the first three leading questions by commenting here, and if you have additional questions you would like our panel to address, please leave them here, or send them to us at wecare@wecare.org with "Panel Discussion Question" in the subject line.

Again, you can sign up for the plenary session here, and the forums here.

1. How would you define "effective leadership" in the church, in two sentences or less?

2. How should effective leadership in the church be measured and/or judged?

3. What are churches measuring/examining in their pastors that is not helpful to their pastor, or to the church?
Posted by . at Monday, September 19, 2011 No comments: