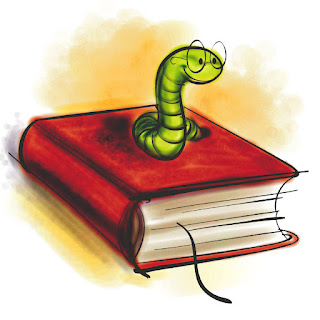 "What are you reading?" I've been hearing that question since I started out in ministry more than 20 years ago. In the beginning, it came from older, wiser and seasoned pastors who used the question as a way to start a conversation that would guide me in my own development. Years later, the question continues to be asked by ministry colleagues as an avenue of inquiry and accountability.

But in recent years, I'm beginning to notice that when I answer this question, people actually take my answers seriously. Whether I'm old enough or wise enough for this reaction to be justified I can't tell, but regardless, I'm always recommending what I believe to be good (and also not-so-good, but neccesary) reading to those who lead our churches.

As the summer continues, I wanted to provide a recommended reading list for 2012, as I have done in past years. The list below is diverse. Some books are strictly theological in nature, and others deal with cultural engagement and mission. But if you were to ask me to list for you the five books that any pastor or church leader MUST put on their read list for the summer, I'd respond with the following (in no particular order):

1. Matt Chandler and Jared Wilson.  The Explicit Gospel.  Wheaton, IL:  Re:Lit:  2012.  I share the opinion of the authors that almost every problem in the church, or outside the church, is ultimately a Gospel problem.  Too often, we assume our understanding of the Gospel when what we should do instead is remind ourselves afresh of its power.  This book is a helpful aid in doing just that.

The one weakness of this work is its occasional and laborious departure into tangential issues, which unless one is trying to write a comprehensive Systematic Theology (and this book is NOT that!), are unnecessary.  But overall, this book can serve as a useful tool for pastors who are rightly concerned that their people not forget or assume their own perpetual understanding of the message Paul calls "The power of God unto salvation."

2. Jim Clifton.   The Coming Jobs War: What Every Leader Must Know about the Future of Job Creation.  New York: Gallup Press, 2011.  Clifton, the current Chairman of the Gallup Organization, cuts right to the heart of the concerns of our now globalized population.  What I love about Clifton is that he isn't interested in useless partisan banter, and calls out erroneous thinking on both sides of the isle while identifying through the reputably accurate polls of his organization the real issues that concern the very people you and I preach to every week.  You will likely not agree with some of his conclusions (I didn't), nor will you be pleased at some of the observations his research has uncovered.  But if you want to reach and touch people where they are, and if you want to understand the one common element that underlies almost every global issue we face today, read this book!

3. Timothy Keller. The Meaning of Marriage: Facing the Complexities of Commitment with the Wisdom of God.  New York: Dutton, 2011.  Last year there was a lot of bru-ha ha over a marriage work written by Mark and Grace Driscoll.  While their book included many helpful principles of young married couples, it was, overall, an exercise in missing the point.  Unfortunately, Keller's book on marriage was overshadowed in the process.  But its Keller's tome, also co-written with his wife Kathy, that contains a rich depth of Biblical wisdom that results in a lifelong and satisfying marriage.  The deep and abiding Christological focus of this book means that readers not only get wisdom that leads to a healthy and lifelong marriage, but also a clear presentation of the Gospel that marriage was created to emulate.

4. Jonathan Merritt.  A Faith of Our Own: Following Jesus Beyond the Culture Wars.  New York: Faithwords, 2012.  Unlike many of my fellow conservative colleagues, I greatly enjoyed the insight I gained from this book, though like them I did find disagreement with some of the approaches Merritt suggests.  But regardless of how you feel about what you read, it is undeniable that when Jonathan Merritt speaks, his voice resonates the consensus of his milennial generation.  If you want to know what emerging leaders in evangelicalism believe and how they are approaching current cultural issues, this book is an excellent resource.

There are many places where I cheered while reading this book.  Overall, Merritt nails the propensity of older evangelicals to quickly revert to the political to achieve their ends, and I'm deeply appreciative of his call for the 21st century church to concentrate less on "saving America" and more on making Jesus truly known.  At the same time, there are some issues which cut across the political spectrum that Christian simply cannot ignore, and on which we cannot compromise, and candidly, a few of Merritt's suggested approaches to these issues made me thankful he wasn't around 80 years ago saying similar things during Nazi Germany.  Ultimately, though I have a few grave concerns about what I read, I commend this book as an accurate picture of the emerging generation's approach to "culture wars," and appreciate the way Merritt challenges the church to think differently.

5. Eric Metaxas. Bonhoeffer: Pastor, Martyr, Prophet, Spy.  Nashville, TN: Thomas Nelson, 2010.  This 542 page work is the most comprehensive and practical biography of Dietrich Bonhoeffer in a generation, and Metaxas does a masterful job of applying the lessons learned during the Nazi occupation of Europe afresh in our own time and culture.  In some ways, this book offers a more deeply historical contrast to Merritt's work, and warns of the consequences of inaction.  Ultimately, like other Bonhoeffer biographies that have preceded it, this book reminds us afresh of the ultimate cost to be a disciple of Jesus.

Enjoy your summer!  I'll be back after a few weeks away with a great lineup of subjects to discuss in the fall!
Posted by . at Monday, July 09, 2012 No comments: