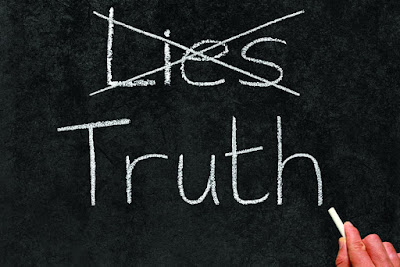 As a pastor, I've had many unfortunate encounters with domestic violence and its consequences.  I've sat in my office across the table from a woman wearing sunglasses to hide the bruises.  I've tried to comfort children as their father was handcuffed and taken from their home for beating up mom.  In a few situations, the husband was escorted to jail as he simultaneously declared his love for the woman he just battered.  But no one--not the police, his children, or me--was buying it.  The violence and vitriol that brought all of us to that house was evidence enough that he didn't truly love her.

You just can't beat someone up while claiming at the same time that you love them.  No one believes that--unless of course, you are talking about the church.

There seem to be a lot of people who "follow Jesus" but take every opportunity they can get to give His bride a black eye.  Too many of them claim to be "Christian leaders" who are constantly critical of the church.  Though their violence against her isn't physical, the lies they spread about her infect our culture like cancer.

Of course, the church isn't perfect.  Each time I speak at an ordination service for a new pastor I warn the young man of the challenges that await him by expressing  that while one day Jesus' bride will be spotless, beautiful, and completely holy (Revelation 7:9-17), right now she can be a rather ugly woman!  Like Israel before her, sometimes she can be stubborn, given too much to tradition, concerned only for herself, and even openly rebellious against her Lord.  The wedding supper still in her future, the bride of Christ remains in her chamber working on multiple imperfections as she prepares for that day.  She is a work in progress.

But there is a difference between honest, helpful critique of the church and the snide, dismissive tone with which too many who claim to follow Jesus speak about His beloved.  As one called to be a shepherd to His people, I admit that I can get quite defensive when I sense that helpful criticism has descended into outright verbal abuse.  After all, you are talking about my family!

Over the years, the most acute forms of this abuse have presented themselves through five lies people tell about the church.

1. They don't care about the poor/homeless/disenfranchised.  Less than a month after moving to the West Virginia panhandle I met with the leadership of Jefferson County Community Ministries.  This organization coordinates the work of multiple churches in the county who serve the poor and homeless.  This coming week, the homeless in our county will find shelter in our facility.  Volunteers will cook them breakfast every morning.  The next week, they will relocate to another church in the area--all of them working together to serve the most vulnerable.

Our food pantry distributes approximately 25,000 pounds of food each month, and we are far from the only church in our area helping the vulnerable.  And everywhere I have ever served as a pastor, I have been honored to work in similar environments--churches banded together in some way to serve the poor

Could the church be more effective?  Could we serve more?  Of course.  But I suspect, once the stats are truly known regarding what churches are really up to, it will become clear that they are already doing far more than the loud-mouth critics on social media who only talk.

2. We subsidize their religion with our taxes.  This is, by far, one of the most deceptive statements about churches.  Because churches qualify under 501(c)3 status as non-profit organizations, their income is not subject to taxes.  Additionally, contributions to churches are tax deductible, just as contributions to your local Red Cross chapter are deductible.  The only way this situation could be construed as "subsidizing" is if you believe all money ultimately belongs to the government.  Government doesn't "subsidize the church."  The church provides services that government and its citizens benefit from daily, at bargain prices!

3. They are all about the money/building. As a guy who used to serve a netowork of more than 560 churches I have to ask; have you actually seen most church facilities?  Have you actually reviewed the financial balance sheets of the majority of churches whose name isn't Saddleback?

I could share multiple stories of churches whose facilities are inadequate, but who continue to serve.  I could share more stories of faithful pastors going for weeks without a paycheck because the church couldn't afford it, yet still serving God's people faithfully.  I could fill a book with stories of churches who passed on needed facility upgrades so that monies could be forwarded to reach the nations with the Gospel.

4. Churches are full of hypocrites.  Actually, churches are full of sinners redeemed by the blood of Jesus.  And since hypocrisy is one kind of sin, yes, we have hypocrites among us--just like hypocrites exist outside of our fellowship.  We also have porn-addicts, liars, adulterers, drug-addicts, alcoholics, and every other kind of person whose sin has separated them from their God--who has found full pardon in the bloody cross and empty tomb we offer every Sunday.  If you join us, you may find forgiveness as well.

5. I don't need the church to follow Jesus.  Well, if you are the kind of person who speaks these sorts of lies about your brothers and sisters in Christ, that fact is evidence enough that you aren't developing well as Jesus' disciple without the church.

I suspect that, underneath the surface, there is a real reason the church catches the flack she does.  Its because the church is an easy target.  She can't tax you.  She can't imprison you.  She can't negatively affect you once you leave.  She can't compel you to do anything.  In a culture of free religion and free market, no one is obligated to support a church in any way, yet free to speak ill of her at their leisure.

But if you claim to follow Christ while simultaneously smearing the church every chance you get, you might consider how unhappy He is going to be with you when He returns one day to find a battered wife whose bruises you caused.

If you truly love Jesus, you will stop talking about His bride in such demeaning ways, and join her in the mission Her Lord has given her.
Posted by . at Friday, March 17, 2017