The Shack: A Pastoral Perspective 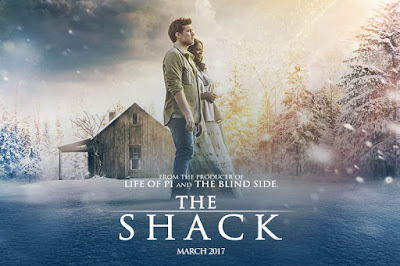 Next Friday, The Shack opens nationwide, prompting full theaters, plenty of box office profits, and apparently, a bunch of ticked off conservative pastors.

I read the book when it was first released back in 2007.  When I finished, I was simultaneously impressed and fearful.  I was impressed because it was truly a riveting novel that deals with real life issues of pain that too few churches are willing to honestly address.  I was fearful because the "god" portrayed within its pages isn't the one true and living God who has revealed Himself to us in Scripture.

The "god" of the Shack is air.  It doesn't exist.  It's a worthless and damnable idol.

My reasons for making such a broad, sweeping claim are numerous, and too many to list here.  If you are interested in a detailed theological critique of the book, I really cannot improve upon that given by Tim Challies here.  Principally, the author's view of God as presented in this story reflects an ancient heresy known as modalism--a doctrine that conflates the clear Biblical distinctions between the members of the Trinity and as such, compromises the role each plays in the process of redemption.

There are other major issues as well, but in the end, the biggest problem with the novel is that it presents--as an answer to our deepest pain--the theological equivalent of a flying spaghetti monster.  I find it ironic that the main protagonist is played by Sam Worthington of Avatar fame.  The Shack is about as accurate in its view of ultimate reality as Avatar.

As a theologian deeply concerned about accurately representing God as He has revealed Himself, these facts concern me.  But as a pastor whose responsibility it is to point people to the God of Scripture in the midst of their deepest pain, these facts scare me for the sake of their souls.

So what exactly should pastors do in response to what we all know will take place next Friday?

Last week, I sent an email to our staff reminding them that our church family will not be promoting this film in any way.  No one on our payroll is permitted to buy tickets, rent theaters, take groups to the movie, or anything else that would give the impression that Covenant Church approves of this film and its depiction of God.  Its one thing to take in a movie as an individual.  Its quite another to promote something that is likely to be contrary to Christian faith.

But as a Pastor, I must also recognize another reality.  People are going to see this movie!  I have told our staff that I will see it, mostly just to compare its contents with that of the book.  They too are encouraged to see it as individuals.  Why?  Because our people are going to be buying tickets.  Their non-churched and non-Christian friends will buy tickets too.  If when returning to church all they see in response from their leaders is protest, what will they have learned from us?

So, here are three reasons I think EVERY pastor should watch this film, and be ready to interact with its contents with your people.

1. From a cinematic and artistic standpoint, it will probably be an excellent movie.  How do I know this?  One name: Octavia Spencer!  It would appear that audiences can anticipate stellar acting from a phenomenal cast of talented people.

Though it remains to be seen, I suspect that for the sake of time and content, much of the doctrinal substance of the book may be absent from the film, leaving a number of "blanks" that are going to be filled in by someone.  Why shouldn't that someone be a faithful pastor?

One of the biggest and most legitimate complaints about "Christian" movies is that they are, well, terrible!  For the most part, this is because the characters are "flat" and issues are all "black and white."  There is very little tension to resolve--only an affirmation of what we already believe so that we can feel good about ourselves.  My friend Alvin Reid has observed that "our theology IS black and white, and it should be, but we live lives in color!"  He's right, and I fully expect that this film will demonstrate well the "living color" of our lives--particularly the painful parts. It is possible to enjoy a good movie, or a good book, without blindly accepting everything you read or see.  Pastors, this is our opportunity to model for our people how to do just that.

2. The movie will prompt conversations and questions Pastors need to answer.  The pain depicted in the book and film is all too real for too many people in our churches and communities.  Many people are going to see this film because they think that in it they will find the path to healing.  If the "god" presented in the film is compatible at all with the "god" presented in the book, they won't find it.  Or worse, they will think they have found it, and forever be inoculated to the real thing.

If Pastors and church leaders are faithful in responding with compassion to the issues that will certainly be raised as a result of this film, we can point our people and their friends to a God who can bring them genuine healing.  But if our disposition causes them to return from the theater, only to see in the pulpit those two old, grumpy guys from the muppets yelling "Boo!" then we miss out on the chance to find real answers.

3. This is an opportunity!  The most foundational question of faith is "Who is God?"  If you get that question wrong, it only goes downhill from there, and this is the fundamental danger of a book like The Shack.

But great opportunity lies here as well for pastors.  This film will prompt conversation about God, and who He really is!

Pastors who don't willingly join that conversation are derelict in their duties both to Christ and His people.

People in our churches are going to see this film.  Their non-Christian friends will see it as well, and our people need to be equipped to have those conversations by pastors who model how to do it well.  So let's not merely shrug our shoulders and allow our people to absorb idolatry unknowingly.  But conversely, let's be more than the grumpy old guys who pour cold water over people's warm experiences with no explanation why.

Let's engage.  And in doing so, lets faithfully give people the real thing!