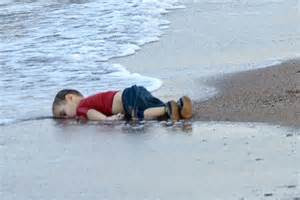 Over the past week, President Trump's Executive Order to indefinitely halt the Syrian Refugee program has caused quite a stir around the country.  "Fake News" on both sides of the political spectrum have added an annoying level of drama to the situation, and followers of Jesus in the midst have reached differing conclusions.

For me, this is an easy case to figure out.

My international work has involved spending time in refugee camps abroad, and I've also had the privilege of working closely with a number of organizations stateside that minister to this vulnerable segment of our global population.  Additionally, I've also had the good fortune to work with members of our intelligence community whose job it is to ensure the safety of American citizens by "vetting" potential refugees who seek resettlement in our country.  They tell me that our refugee vetting system is as tight as it gets.  I'm thankful.  This is as it should be.

My knowledge and experience with this issue brought me quickly to the conclusion that this order is unnecessary, harmful to Christian mission here and abroad, potentially deadly to those seeking safety from the worst humanitarian crisis in the last 200 years, and ineffective at truly keeping Americans safe.

Many of my brothers and sisters in Christ don't agree, including a few in the church I'm honored to pastor.  I've heard their concerns, and both appreciate and agree with their concerns about national security.  I just happen to believe--based on solid data--that the programs recently halted bore no danger to American citizens.  Quite the contrary, these programs saved lives.

I know this because of my prior work.  I do find it interesting that, by and large, those opposing the recent executive order are those who actually have experience working with and ministering to refugee populations, while most who support it have little experience in such matters.  In some sense, this is understandable, given that its hard to have compassion on people you don't know in a situation you are unfamiliar with.

But that's also the damning thing about ignorance and isolation.  When they combine, they create a fear that causes us to do inhumane things.

Additionally, a number of nationally-known Christian leaders have created straw man arguments in an effort to bolster their #norefugees position.  Most of the time, straw man arguments are just annoying.  But in this case, lives created in the image of God are at stake.  So for the sake of their humanity and ours, the following is a list of the arguments the #norefugees movement isn't allowed to make anymore.

It's Not a Muslim Ban!  Yeah, I know that, and so do the good folks at World Vision, World Relief, and the International Rescue Committee.  Though some far-left fringes have tried to forward this argument, most all who actually work with refugees know this isn't a "Muslim ban."  In fact, the first Syrian refugees turned around at the airport after this Executive order were our brothers and sisters in Christ!  This isn't about Islam or Christianity.  Its about humanity.  And for Christians, its about our duty to honor the dignity and sanctity of ALL human life.

We can't just let anyone in who wants to come!  Yeah, I know that too, and I agree, so can we please stop using an argument that no one is making?  The point of objection is the refugee program, not immigration in general.

Your'e just a liberal!  Ah, name-calling!  The last resort of those with no real argument.  Of course, the word "liberal" has now been used so much to define so much that it no longer has any meaning--sort of like this statement.   Caring for the most vulnerable in our world is the responsibility of Republicans, Democrats, Libertarians, and anyone else wearing any other label who calls themselves "Christian."  Our nation would be in a much better position if those who follow Christ would melt down their respective golden elephants and golden donkeys, and do what we do because God's Word commands it.

What about the homeless here?  That's a good question!  What are you doing about that problem.  Nearly every church I know, including the one I'm honored to serve, addresses this issue.  I'm thankful to say that our community is better because of my church family's work serving the least of these in our region.  And the same is true of many of our sister churches.

So I'm not sure what this objection is besides re-direction from the issue at hand.  Our calling as the body of Christ is to serve them ALL.  Wherever the vulnerable are found, Jesus' people have our marching orders.

So with all of these straw man arguments out of the way, there is still one objection that can be made by those in favor of this recent move:  I don't think our refugee vetting process is safe enough.

Fair enough.  That's a perfectly legitimate objection.  But have you actually looked at this vetting process?  You can find a thorough description of it here.

Additionally, since 1980 our country has taken in more than 3 million refugees from various countries.  In that 37 year time-span, ZERO Americans have been killed by a refugee in a terrorist attack.

If you don't think that's "safe enough," or believe "it could be better," you are certainly entitled to that opinion, but to be consistent, you should also strongly oppose flying on an airplane, driving a car, bathing in a bathtub, or for that matter, getting food out of a vending machine--all actions that have claimed more lives than terrorist activity by a refugee..

I'm grateful that we are not Europe in this regard and that our vetting process for refugees is tight. It should be tight!  I want to keep it that way, because I have no desire to expose people to unnecessary risk.  But safety and compassion are not mutually exclusive enterprises.

And if you are waiting for 100% safety, you aren't going to make a very effective follower of Jesus.

"And do not fear those who kill the body but cannot kill the soul.  Rather, fear Him who can destroy both body and soul in hell"  Matthew 10:28

Kids are dying.  Families are separated.  The worst humanitarian crisis of the last 200 years is unfolding in our time.  We have no time for straw man arguments.  Its time to answer a much more serious question:  Do we or don't we take God's Word seriously?
Posted by . at Friday, February 03, 2017

Thank you for this. I am a follower of Christ who was called into immigration law. My firm position in both worlds, and my desire to tie the two together for the mutual glory of God has too often met resistance based solely on political grounds. When reminded that Jesus faced the same struggles as modern refugees and thus identified with then, I'm met with blank stares of shock and disgust. No way was my God a refugee. Then I remind them of Egypt and Herod's wrath. I remind them that God chose to make of his people a displaced nation so that they might show love and mercy to the stranger among them. Thank you for tackling this issue with a spirit filled conviction, bravery, and love