Leadership Competency in the Local Church: Meet Our Panel 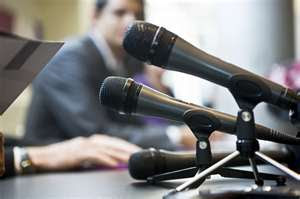 On October 2, our Association will host our annual session at Hope Baptist Church in Laurel MD. This year's theme is "Great Leaders . . .Great Churches," and our primary emphasis will be on the issue of Leadership Competency in the Local Church. Both our annual meeting and the next day's Pastor Leadership Forums will focus on this crucial topic, and the plenary meeting on Sunday night will include a panel discussion on this issue by seasoned pastors and leaders in our churches. In this post, I want to introduce you to those men.

Our Association is blessed to have a number of competent leaders as pastors, as well as many skilled lay-leaders. The panel below represents some of the best and wisest in our network of churches. I hope you will join us for this time of learning if you are in the Baltimore-Washington, D.C. area. You can sign up here. 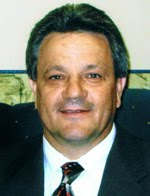 Dr. Chris Brammer.
For the past 24 years, Chris has served as Senior Pastor of Hampstead Baptist Church in northern Carroll County. Under his leadership, the church has grown to an average attendance of more than 450 every Sunday. Currently, he is leading the church through its next expansion project, and simultaneously working with our Association in establishing a satellite campus in Upperco called "The Mount." He is a graduate of Southwestern Seminary, and Luther Rice Seminary. Chris is from Roanoke, VA, and he and his wife Lee have three children and 2 grandchildren.

In his more than two decades of pastoral leadership in Hampstead, Chris has been instrumental in raising up pastors and missionaries. Because of this, Hampstead Baptist Church has representation on mission fields and in pulpits all over the world. 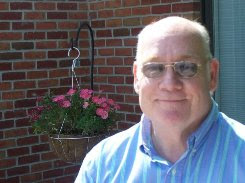 Pastor Gary Glanville.
Gary has served as Senior Pastor of Northwest Baptist Church in Reisterstown for 32 years. Under his leadership, the church has grown to more than 500, and has planted four other churches over the past 7 years. He and his wife Debbie have three children and three grandchildren. He is a graduate of Dallas Baptist University.

After three decades of ministry to the same local congregation, Pastor Gary is uniquely qualified to discuss the various stages of change, power, and conflict that a church experiences through the years, and how best to navigate through that change. 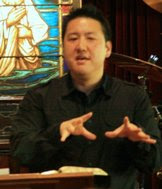 Pastor Dan Hyun
Originally from Philadelphia, Dan is the founding and Lead Pastor of The Village, a new church he started in 2008 in Hampden Village in Baltimore. In less than 3 years, the church has grown to more than 80 people in worship, and more than 20 people finding Jesus. Dan has a missionary's heart, and is passionate about "planting the Gospel" in the city, and seeing church emerge from that evangelistic work.

A graduate of Biblical Seminary in Hatfield, PA, He and his wife Judie have two daughters. Dan will bring much insight to the discussion of leading the mission of the church. 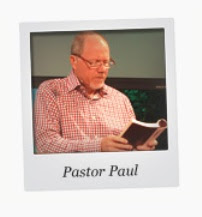 Pastor Paul Andrews
Paul is the founding and Lead Pastor of Faith Family Church in Finksburg, MD. Under his leadership the church has grown to an average attendance of 250 since it was planted in 2002. He is a ministry veteran of more than 30 years, and as such, is able to speak with authority to issues of leading change and leading mission. He and his wife Judy have 3children and 2 grandchildren.

Paul is a graduate of Bob Jones University, and is currently working on a D.Min. from The Southern Baptist Theological Seminary in Louisville, KY. Dr. Steve Neel
This year, Steve will celebrate 30 years as Senior Pastor of South Columbia Baptist Church. Steve became pastor at
South Columbia while the church was still a “mission church” with just a few dozen people. Over the past three decades the church has grown exponentially under his steady leadership to an average attendance of more than 350 each Sunday.

Steve is known as a steady pastoral leader, and can speak with authority to the issue of how to guide God's church with a steady hand, that is in turn governed by a steady head. Born in Washington, D.C., Steve is a graduate of Dallas Theological Seminary. He and his wife Nancy have three adult children.

Pastor Terry Felton
For the past 10 years, Terry has served the Mason-Dixon Baptist Church in New Freedom, PA, first as Associate Pastor, and since 2006 as Senior Pastor. A decade ago, Terry entered a ministry environment that had been marked to a large degree by conflict. Today, Mason-Dixon is a unified body of believers committed to accomplishing the mission of God both locally and globally.

Terry's experiences over the past 10 years can more greatly inform the process of change, power and conflict in a church, and many younger church leaders can learn from Terry's efforts to earn the respect and trust needed to lead a congregation as a young man.

He is a graduate of Liberty Baptist Theological Seminary in Lynchburg, VA. He and his wife Amanda have four children. 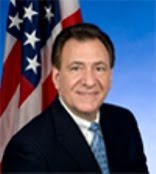 Mr. Neil Romano
Neil joins our panel as a layman, and will help us see the issues we discuss from the standpoint of laity, as well as speak to the aspects of leadership outside the church that will be helpful to pastors. He is the owner of The Romano Group, LLC, a media company that has produced, among other things, commercial material for Major League Baseball. Additionally, Neil has vast experience in government, having served as Communications Director for the White House Office of Drug Abuse Policy under President Reagan, and most recently as Assistant Secretary of Labor for Dissability Policy under President Bush. He is a national spokesman and strong advocate for employment of the disabled.

He and his wife Barbara have two children, and live in Clarksville, MD. They are members of Gethsemane Baptist Church in Glenwood.

Dr. Tom Fillinger
Tom has served as Senior Pastor of Southeast Community Church in Columbia, SC for more than 10 years, and is also CEO of IgniteUS, a leadership development and church consulting organization that seeks to empower pastors and churches toward transformational change. A veteran of the U.S. Navy, Tom had the privilege of having a front row seat to the Cuban missle blockade in 1962, so he knows a little something about conflict to say the least. In many ways, military conflict may have prepared him well for pastoral ministry in a Baptist church. :) He has decades of experience transitioning churches to be more effective in impacting their communities and fulfilling the Great Commission to make disciples.

He is a graduate of Denver Seminary, and has been married to his wife Peggy for 50 years. They have 3 children and 13 grandchildren.


I have the privilege of serving as Moderator of this panel. I hope you will join us to learn from these experienced pastors and leaders. What, in particular, will we talk about? The answer to that question is coming in subsequent posts. And if you have a question for this panel, leave it here at the blog, or email it to wecare@wecare.org with "Leadership Panel" in the subject line. We will also take questions from the floor, and text message questions at the meeting.

Sign up now, and sign up here. And check back here for updated information as we move toward October 2.
Posted by . at Monday, August 29, 2011 No comments:

Great Leaders, Great Churches: A Discussion about Leadership Competency in the Church 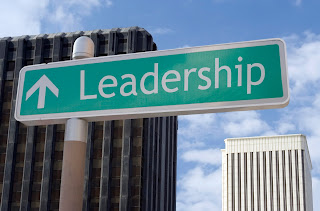 On October 2, our Association will host our annual session with the theme "Great Leaders. . .Great Churches." The next day, we will host two Pastor's Forums in two different locations in our area to continue the conversation.

Thus far, the response has been roughly twice what we usually receive at this time, and I think I know why.

Instictively, pastors and the people they lead are aware of the crucial importance of skilled leadership. Though they tend to lag behind the curve, even colleges and seminaries are now acknowledging the need to address this issue from an academic standpoint. For the past 10 years, programs have been developed to better prepare aspiring church leaders for the seas they will have to navigate once they leave the academy and accompanying study of the church as it should be, and enter into service in the church as it actually is. The Editor of Preaching magazine said only a year ago that "there is a desparate need for more training in leadership."

Those who study the church have long recognized this. George Barna noted six years ago that "our ongoing research continued to show that churches do not act strategically because of a paucity of leadership."

Yet still the question remains, "What is a competent leader?" The need for such has been widely acknowleged, but a Biblically sound, clear and succinct description of what it looks like is scarce, if it exists at all.

The lack of clarity on this issue leaves many pastors wondering if they are truly effective, if they are spending their time in the wisest way, if they are accomplishing anything of eternal value. It also leaves many churches without a clear way to evaluate their pastor's service. For some churches, this means there is no accountability for their pastor. Other churches make up their own rules, and usually end up crucifying a guy.

If pastors were simply C.E.O.s of a business, the "bottom line" would be a sufficient marker of success, and of course in the church, the "bottom line" consists of attendance, baptisms, and giving. Church leaders are correct to point out that while these are incredibly important markers (those numbers, after all, represent the souls of people Jesus died to save), they are not the only ones that should be used to judge the competency of a ministry leader. The Scriptures bear out in many contexts that faithfulness sometimes means less numbers instead of more.

On the other hand, I have over almost 20 years of vocational ministry seen the occassional pastor who did not want accountability at all. "We aren't about numbers" is sometimes simply a cover to hide a Hyper-Calvinist aversion to evangelism, or laziness, or outright incompetence. These men take personal advantage of the church's nebulous approach to how competency is judged. I've also seen churches use the ambiguity on this issue in order to pick virtually anything they can find to criticize, demean, and even destroy a faithful pastor.

On October 2-3, we will begin a conversation that I hope at least for our context, will provide our pastors and churches with the tools to evaluate their leadership. Until that time, I will be posting leading questions here for discussion, as well as taking suggested questions back to our panel of pastors who will lead us on October 2.

In my next post, I'll be introducing that panel to you. These are all men who are faithful and effective pastors within our Association, and I'll be giving a brief profile of each of them so you can see for yourself the kind of men who will be fielding these questions. After this, I'll spend a few weeks discussing some of the subject matter we hope to cover in October. If you are in the Baltimore-Washington D.C. area you are welcome to join us, and you can find details and sign up online here.

But no matter where you are, this is a critical issue for all churches, and I hope you will join in the forthcoming discussion.
Posted by . at Wednesday, August 24, 2011 No comments: